Prayer wheels in a Tibetan monastery. (Photo: zoonee74 via Flickr)

Tibetan culture and identity is inseparably linked to Tibetan Buddhism.

Religious practice and Buddhist principles are a part of daily life for most Tibetans. Monks and nuns play a key role in their communities, providing guidance and education. They are often very active in protecting and promoting Tibet’s environment, language and culture.

Almost all Tibetans are deeply devoted to the Dalai Lama and his exile and treatment by the Chinese government are sources of grief and anger.

Tibetans’ allegiance to the Dalai Lama and to Tibetan Buddhism is seen as a danger to the occupying Chinese state and, as a result, all aspects of religious practice are closely monitored and controlled.

Simply possessing an image of the Dalai Lama can result in arrest and torture. Monks and nuns are frequently targeted by security restrictions and they make up a significant proportion of political prisoners in Tibet.
Read more Moving across the Tibetan plateau whilst raising yaks and other livestock has been a way of life in Tibet for centuries.

Since the early 1990s, China has sought to enforce its control on Tibet by destroying the nomadic way of life. It has moved more than two million Tibetan nomads from the land they have lived off for generations to barrack-like urban settlements. Torn from all they know, nomads face poverty, unemployment and social exclusion. Tibet is rich in tradition and some Tibetans, particularly nomads, have lifestyles that have changed little over generations. It is also a modern country with many urban Tibetans living busy city lives.

Communications are very important to Tibetans and the use of mobile phones and the internet is extensive, including in some of the most remote parts of Tibet. While China attempts to prevent Tibetans from accessing foreign media and influences, Tibetans work hard to circumvent restrictions and engage with the world beyond their borders.

Many young people are seeking new ways to resist China’s rule and to preserve Tibetan culture. This includes the Lhakar or ‘White Wednesday” movement – a practice whereby Tibetans promote their own culture, speak their own language, shop exclusively in Tibetan shops and wear Tibetan clothes; everyone a rejection of Chinese rule.

Tibetans speak a number of languages. These are completely separate from Chinese languages, and all of them are currently threatened by the aggressive promotion of Mandarin Chinese as the official language of business, education and government.

Although the written form of Tibetan is taught in some schools, primary and secondary education is taught predominantly in Mandarin, with Tibetan as a second language. Entrance exams to universities are in Chinese. As a result, some young Tibetans are not literate in Tibetan. Many Tibetans have deep anxieties about the fate of the Tibetan script and of spoken Tibetan, but their efforts to promote the language through education are heavily repressed by the state.

Many Tibetans work to preserve Tibetan culture, such as by running local language classes. However, those doing so are coming under increasing pressure, with authorities in some areas of Tibet forcing monasteries to stop providing Tibetan classes to local communities. Tashi Wangchuk, who spoke out against the growing restrictions, was arrested in 2016 and served a five-year prison sentence. Several jailed musicians have also written songs calling for use of Tibetans’ mother tongue – for example, Kalsang Yarphel, who was sentenced to four years in prison.

Tibetans also speak a number of other languages in addition to Tibetan varieties; linguists estimate that Tibetans in Tibet speak about 30 distinct non-Tibetan languages. These languages are completely unrecognised and unsupported by the Chinese government. They are in a dire situation: most of them face imminent extinction. “Tibetans do not learn the value of the earth through science but through our religion and the way our ancestors protected our land over thousands of years. [...] Destruction of the land, the mining of sacred mountains and holy lakes, are more than pollution and destruction of the environment. It is a violation of our tradition, religious beliefs and the destruction of our forefathers’ legacy.” 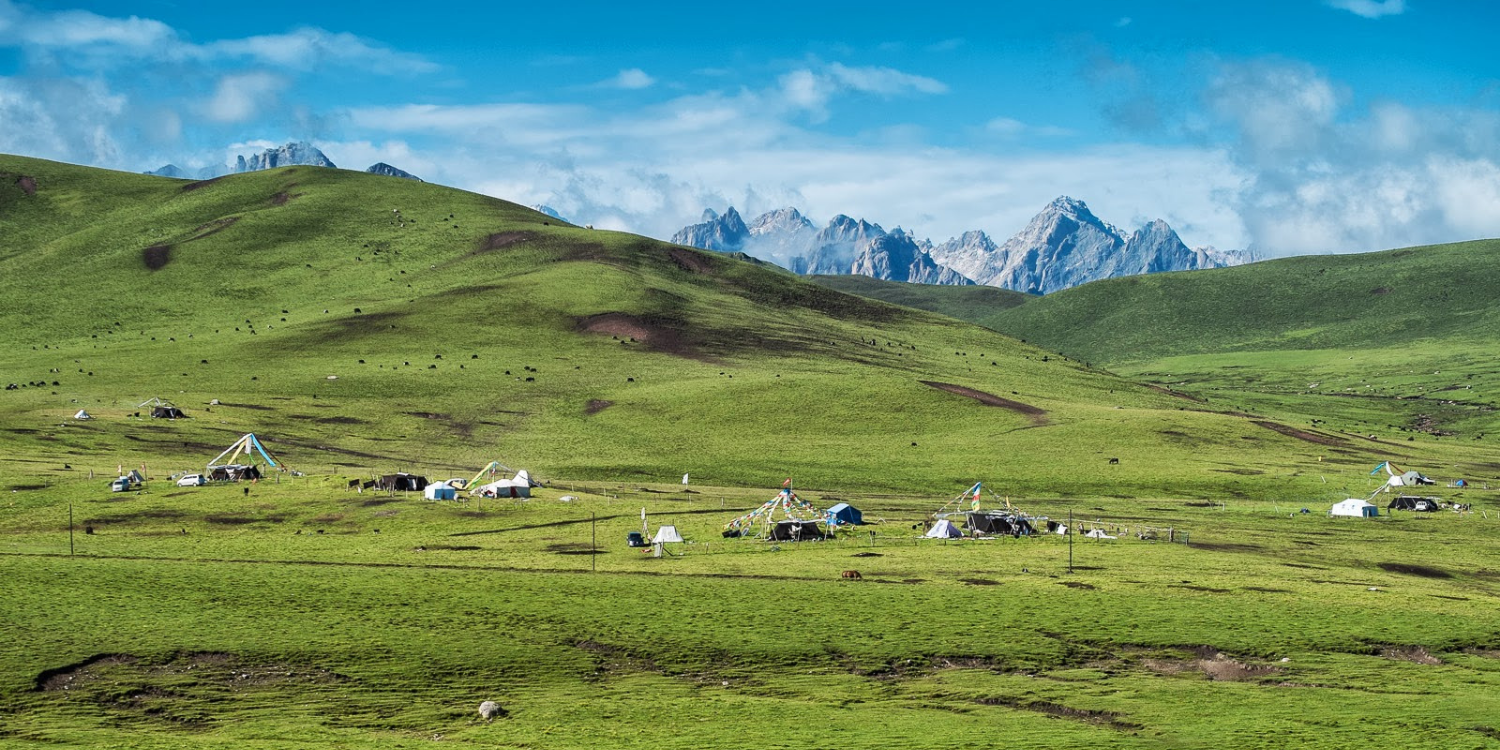