“From a legal standpoint, Tibet has to this day not lost its statehood. It is an independent state under illegal occupation.”

– Michael van Walt, lawyer and professor at the Institute for Advanced Study, Princeton

Tibet has maintained a unique culture, written and spoken language, religion and political system for centuries.

In 1913, the 13th Dalai Lama – Tibet’s political and spiritual leader – issued a proclamation reaffirming Tibet’s independence, stating “We are a small, religious, and independent nation.” The country had its own national flag, currency, stamps, passports and army; signed international treaties, and maintained diplomatic relations with neighbouring countries.

In 1950, the newly established Communist regime in China invaded Tibet, which was rich in natural resources and had a strategically important border with India. Tibet today is under China’s occupation.

What do Tibetans Want? China denies Tibetans inside Tibet the right to speak freely, so it isn’t possible to say exactly what their goals are – but their opposition to China’s current rule is clear.

Protesters in Tibet repeatedly call for the protection of Tibetan identity, for freedom, for human rights and for the return of the Dalai Lama to Tibet. Some call for “Rangzen” (independence from China).

In exile, the 14th Dalai Lama has established a democratic government (known as the Central Tibetan Administration) which currently advocates for the “Middle Way Approach” (MWA), which he first proposed in the 1980s. The MWA proposes that Tibet remains a part of the People’s Republic of China but with far greater control over its own affairs.

Within the exile Tibetan community, there is a vigorous debate between supporters of Rangzen and those of the Middle Way Approach.

Free Tibet has no position on the future political status of Tibet. Our goal is to secure Tibetans’ right to determine their own future and it will then be for the Tibetan people to make that decision. 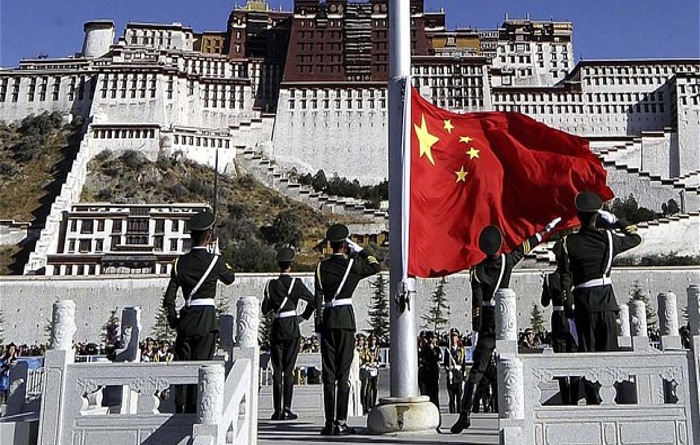 Tibetans say their country is an independent nation: the Chinese government says it is part of China. Who is right?

Michael van Walt is an international legal scholar and a visiting professor at the Institute for Advanced Study in Princeton, United States. In the article below, he explains Tibet’s legal status.

If Tibet is under unlawful Chinese occupation, Beijing’s large-scale transfer of Chinese settlers into Tibet is a serious violation of the Fourth Geneva Convention of 1949, which prohibits the transfer of civilian population into occupied territory.

If Tibet is under unlawful Chinese occupation, China’s illegal presence in the country is a legitimate object of international concern. If, on the other hand, Tibet is an integral part of China, then these questions fall, as China claims, within its own domestic jurisdiction. The Tibetan flag, also known as the “snow lion flag”

The issue of human rights, including the right of self-determination and the right of the Tibetan people to maintain their own identity and autonomy are, of course, legitimate objects of international concern regardless of Tibet’s legal status.

China makes no claim to sovereign rights over Tibet as a result of its military subjugation and occupation of Tibet following the country’s invasion in 1949-1950. Instead, it bases its claim to Tibet solely on its theory that Tibet has been an integral part of China for many centuries. China’s claim to sovereignty over Tibet is based almost exclusively on self-serving Chinese official histories. Chinese sources portrayed most countries with whom the emperor of China had relations, not only Tibet, as vassals of the emperor.

When studying Tibet’s history, Tibetan sources should be given primary importance; foreign sources, including Chinese ones, should only be given secondary weight. Tibet has a rich history dating back over 2,000 years. A good starting point in analysing the country’s status is the period referred to as Tibet’s “imperial age” when the entire country was first united under one ruler. There is no serious dispute over the existence of Tibet as an independent state during this period.

Even China’s own historical records and treaties Tibet and China concluded during that period refer to Tibet as a strong state with whom China was forced to deal on a footing of equality.

International law protects the independence of states from attempts to destroy it and, therefore, the presumption is in favour of the continuation of statehood.

This means that, whereas an independent state that has existed for centuries, such as Tibet, does not need to prove its continued independence when challenged, a foreign state claiming sovereign rights over it needs to prove those rights by showing at what precise moment and by what legal means they were acquired.

China’s present claim over Tibet is based entirely on the influence that the Mongol and Manchu emperors exercised over Tibet in the 13th and 18th centuries, respectively. To claim that Tibet became a part of China because both countries were independently subjected to varying degrees of Mongol control, as the People’s Republic of China does, is absurd. This relatively brief period of foreign domination over Tibet occurred 700 years ago. Tibet broke away from the Yuan emperor before China regained its independence from the Mongols with the establishment of the native Ming Dynasty. Not until the 18th century did Tibet once again come under a degree of foreign influence.

The Ming Dynasty, which ruled China from 1368 to 1644, had few ties to and no authority over Tibet. On the other hand, the Manchus, who conquered China and established the Qing Dynasty in the 17th century, embraced Tibetan Buddhism as the Mongols had and developed close ties with the Tibetan people.

On the political level, some powerful Manchu emperors succeeded in exerting a degree of influence over Tibet but they did not incorporate Tibet into their empire, much less China. The Manchu influence on Tibet did not last for very long. It was entirely ineffective by the time the British briefly invaded Tibet in 1904. From 1911 to 1950, Tibet successfully avoided undue foreign influence and behaved, in every respect, as a fully independent state. The 13th Dalai Lama emphasised his country’s independent status externally, in formal communications to foreign rulers, and internally, by issuing a proclamation reaffirming Tibet’s independence and by strengthening the country’s defences.

Tibet remained neutral during the Second World War, despite strong pressure from China and its allies, Britain and the USA. The Tibetan Government maintained independent international relations with all neighbouring countries, most of whom had diplomatic representatives in Lhasa.

The attitude of most foreign governments with whom Tibet maintained relations implied their recognition of Tibet’s independent status. The British Government bound itself not to recognise Chinese sovereignty or any other rights over Tibet unless China signed the draft Simla Convention of 1914 with Britain and Tibet, which China never did. The turning point in Tibet’s history came in 1949 when the People’s Liberation Army of the PRC first crossed into Tibet. After defeating the small Tibetan army, the Chinese Government imposed the so-called “Seventeen-Point Agreement for the Peaceful Liberation of Tibet” on the Tibetan Government in May 1951.

Because it was signed under duress, the agreement was void under international law. The presence of 40,000 troops in Tibet, the threat of an immediate occupation of Lhasa and the prospect of the total obliteration of the Tibetan state left Tibetans little choice.

From a legal standpoint, Tibet has to this day not lost its statehood. It is an independent state under illegal occupation. 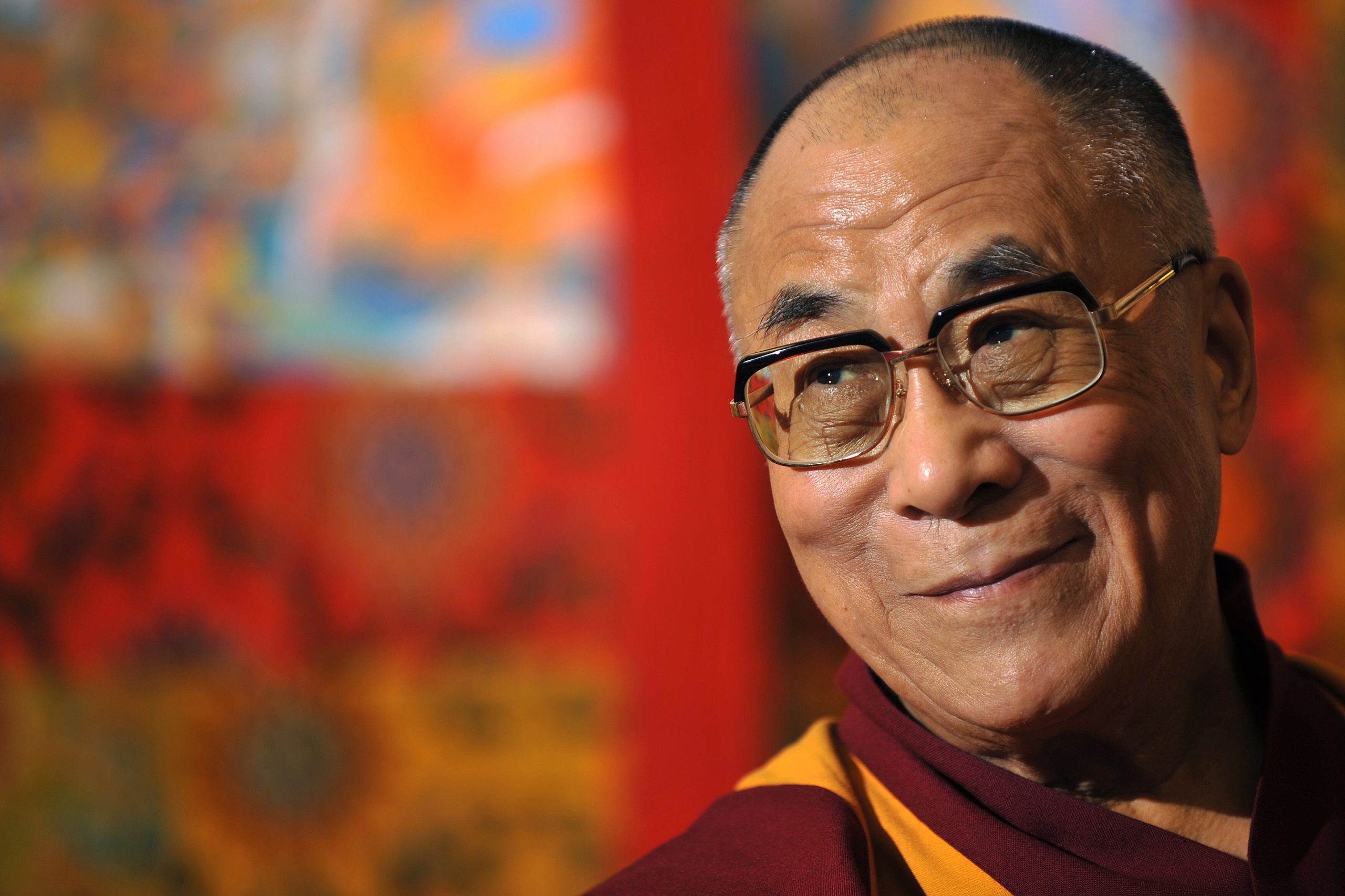