Since China’s invasion of their country in 1950, Tibetans have never stopped resisting the occupation and the destruction of their way of life.

From displaying their banned flag to joining mass protests, Tibetans assert their desire for freedom in the face of severe repression.

Today, this struggle is being carried forward by a generation of Tibetans whose parents and even grandparents do not remember a life free of Chinese rule.

What are the protests about?

Tibetans believe their culture, religion and language are being wiped out by a Chinese leadership determined to maintain its iron grip on Tibet.

Their protests are triggered by countless issues, from environmental exploitation and Tibetans being forced off their land to religious restrictions and repressive measures by security forces.

While the circumstances and messages of protests vary, Tibetans repeatedly call for the protection of Tibetan identity, for freedom, for human rights and for the return of the Dalai Lama to Tibet.

How do Tibetans protest?

Protests often take place around Tibetan National Uprising Day on the 10th of March – commemorating China’s brutal suppression of a mass uprising in 1959.

Large-scale protests across Tibet also took place in the 1980s and in 2008, as Beijing prepared to host the Olympic Games.

The overwhelming majority of Tibetan protests are peaceful, following the path of non-violence established by the Dalai Lama.

However, any form of protest can be met with violence by the authorities so Tibetans continue to seek new ways to defend their identity and basic rights.

Nomads protect their land by sitting to block the arrival of construction vehicles, young people walk calmly down the street with the Dalai Lama's banned image and artists write poems and songs celebrating Tibet's culture and nationhood (see video below). In 2013, Tibetans ordered to fly Chinese flags on their homes gathered the flags and threw them in the river.

Acts of resistance can also be subtle, from praying on the anniversary of Tibetan National Uprising Day and secretly carrying pictures of the Dalai Lama to joining together to actively promote Tibetan culture and support Tibetan businesses.

Since 2009, some Tibetans have taken far more drastic action, setting themselves on fire in protest against Chinese rule.

These protests peaked in 2012 when more than 80 took place, but they continue today. More than 135 Tibetans – students, teachers, mothers, even children – have now self-immolated.

The interactive map below shows a few examples of how, why and where Tibetans are protesting.

(See the bottom of this page for all recent protest news.) 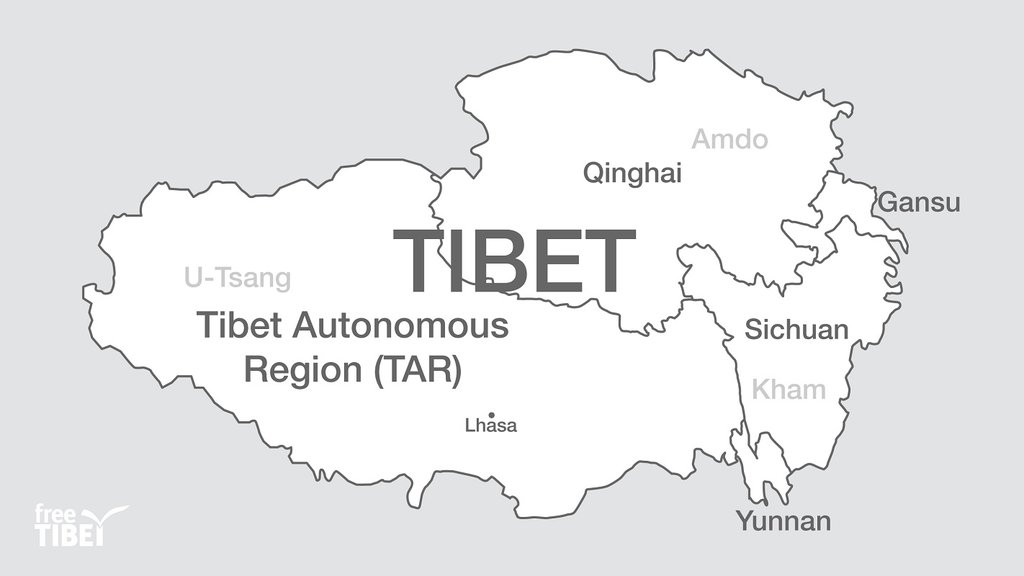 How does China respond to protests?

The cost of Tibetans’ resistance and courage is high.

Tibetans may – and do – face sentences up to life imprisonment for crimes China calls “splittist”. Splittist crimes can include any act the government is threatened by, such as singing Tibetan songs, writing political blogs or staging any form of protest. Torture is common. Prisoners are often denied access to their families, lawyers and even medical treatment.

China’s response to self-immolations has been to punish protester’s families and communities and blame the Dalai Lama.

Chinese military presence at protest locations has increased and hundreds of Tibetans have been arrested or disappeared. House searches and intimidation are regular features of daily life in many areas. Peaceful demonstrators have been beaten, tortured and shot dead – such as Yonten.

After thousands of Tibetans staged the largest protests in Tibet for over 50 years in 2008, Chinese authorities arrested, tortured and jailed an estimated 6,800 Tibetan protesters. The fate of some remains unknown.

Tibetans take great risks to share information about protests inside Tibet and to send this information abroad. Many have been arrested and imprisoned after doing so, such as 40-year-old monk Yonten Gyatso.

China fears any information about the reality in Tibet reaching the outside world and strictly controls all communications. Complete telephone and internet blackouts are common following protests and around the time of sensitive anniversaries, such as Tibetan National Uprising Day.

Like diplomats and human rights observers, foreign journalists are rarely allowed entry into Tibet and, when they are, their visits are carefully stage-managed by officials. Reporters Without Borders ranked China 176 out of the 180 countries on its Press Freedom Index 2015.

The information Free Tibet publishes about events and protests in Tibet comes through our research partner, Tibet Watch, which obtains and verifies the latest news directly from Tibet in ways which protect and secure the safety of its sources.