In the heart of Tibet lies Driru County. Since 2013 it has been the epicentre of Tibetan resistance to China's rule - and has suffered intense repression as a result.

Artist May Kindred-Boothby has worked with Free Tibet to create this original and evocative interpretation of the suffering and resilience of the people of Driru. Her figures illustrate Tibetan courage and their colours reflect those of Tibetan prayer flags and the Tibetan identity that China is trying to suppress.

The unfinished story of Driru is the story of Tibet - saying no to China for more than six decades, Tibetans will continue fighting for as long as they must.

Watch and share the video and read more below about the story of Driru County.

The heroes behind Driru’s Unfinished Story

Reporting on Driru County has been extremely difficult with residents demonstrating bravery and determination to pass on information, whatever the cost.

Click the buttons next to the images below for a few of the many stories. 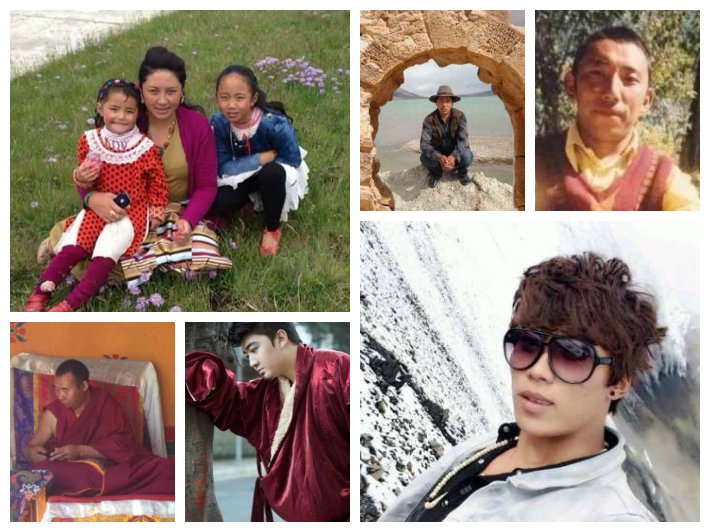 In May 2013, several thousand Tibetans in Driru staged a large protest against a new mining operation on the sacred Naglha Dzamba mountain. Their protest appeared successful and the project was halted.

Several months later, the area was flooded with Chinese officials imposing a “political re-education campaign”. When they tried to force Tibetans to fly the Chinese flag on their houses, villagers gathered the flags and threw them in the river, triggering a wave of repression and protest.

Residents have been given lengthy prison sentences; at least two local Tibetans have died in custody, apparently after being tortured, and monasteries have been closed down.

China invaded Tibet in 1950 and has used force to sustain its rule ever since. Tibetan language, traditions and culture are being erased and any resistance is punished. Tibet was recently described as "one of the most repressed and closed societies in the world".

Visit the pages below to find out more about Tibet and how you can help.

What you can do